17 Again. Another generic goes back to former high school self and saves his family from impending doom, by realizing that 1) going back is never an option, 2) there might actually be a reason his family hates him, and 3) the big gesture will always win in the end.

Zac Efron (my new future husband- move over Gale Harold!) stars in this coming to age (one more time, because the first time didn’t stick) story, along side Leslie Mann and Matthew Perry.

Speaking of Matthew Perry; if Zac ends up looking like him in 20 years, I’ll be very upset, indeed.

I went and saw 17 Again over the weekend. The theater was mostly empty at 11:30am, but apparently grossed $24 million dollars and came in number one. This is all very exciting.

If you want to see a cute happily ever after, with some great cougar and incest moments, and best friend sidekicks stealing the show, then this is it. 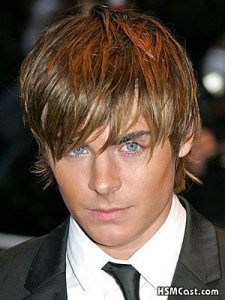 He’s dropped out of Footloose, according to MTV.com, which is excellent news, because even though I never watched the original, I simply cannot stand that music and remaking it would have been the worst idea in the world anyway.

Are there no original ideas anymore?

I know its been posted a million times before, but I love it. Him and Mr. Black were so inspiring I felt like my blog was empty without posting their acceptance speeches. I haven’t seen Milk yet, but I’m excited about it, and I hope to see it soon. Congratulations to Mr. Penn and Mr. Black for their Oscar wins.

The story line is completely ridiculous. A new born baby that should be about 85 years old, grows back into an infant over the course of his life. The older he gets, the younger he gets.

The idea of an 75 year old falling in love with a 10 year old. Disgusting. The thought produces such malcontent inside me, I want to vomit.

I love Benjamin Button. It was enthralling. It was mind boggling. But most of all, it was sincere in its simplicity. It didn’t ask you to understand exactly how it worked. BB just shows you that it happened, and you can choose to accept it, or you cannot. However, if you don’t, then I imagine it was very hard to get into.

Now, I must say that I’m probably the worst person to give movie reviews because I never know quite what to say without giving the whole thing away, regardless of what a viewer might have grasped from the trailer. I detest telling the details of a movie, especially one I liked. I find with this movie, I constantly want to tell everyone everything about it though.

Or the woman who found the courage to….

And that time, when he… and…

You see my point? I’m quite awful at this.

Brad Pitt was very convincing as and old child-man, and a man-child. Not to mention, exquisite to look at, but I found that I cared so much more for his soul than his face.

Cate Blanchett has definitely never been my favorite, but her character was so feisty and driven. And when her drive was taken away, she didn’t let it hold her back. She was brilliant in this movie.

The only real issue I had with it, was the story book way it was told, and the release of happily ever death.

Its definitely one of the best movies I’ve seen all year.

You should watch. Its funny.

Its about a couple who are fighting, then make up. It ends pretty dramatically. I was impressed.

I can’t decide if certain moments that I laughed, if it was because of quality, awkward translation, or recognition.

But right now, it should have been better.

Error: Twitter did not respond. Please wait a few minutes and refresh this page.